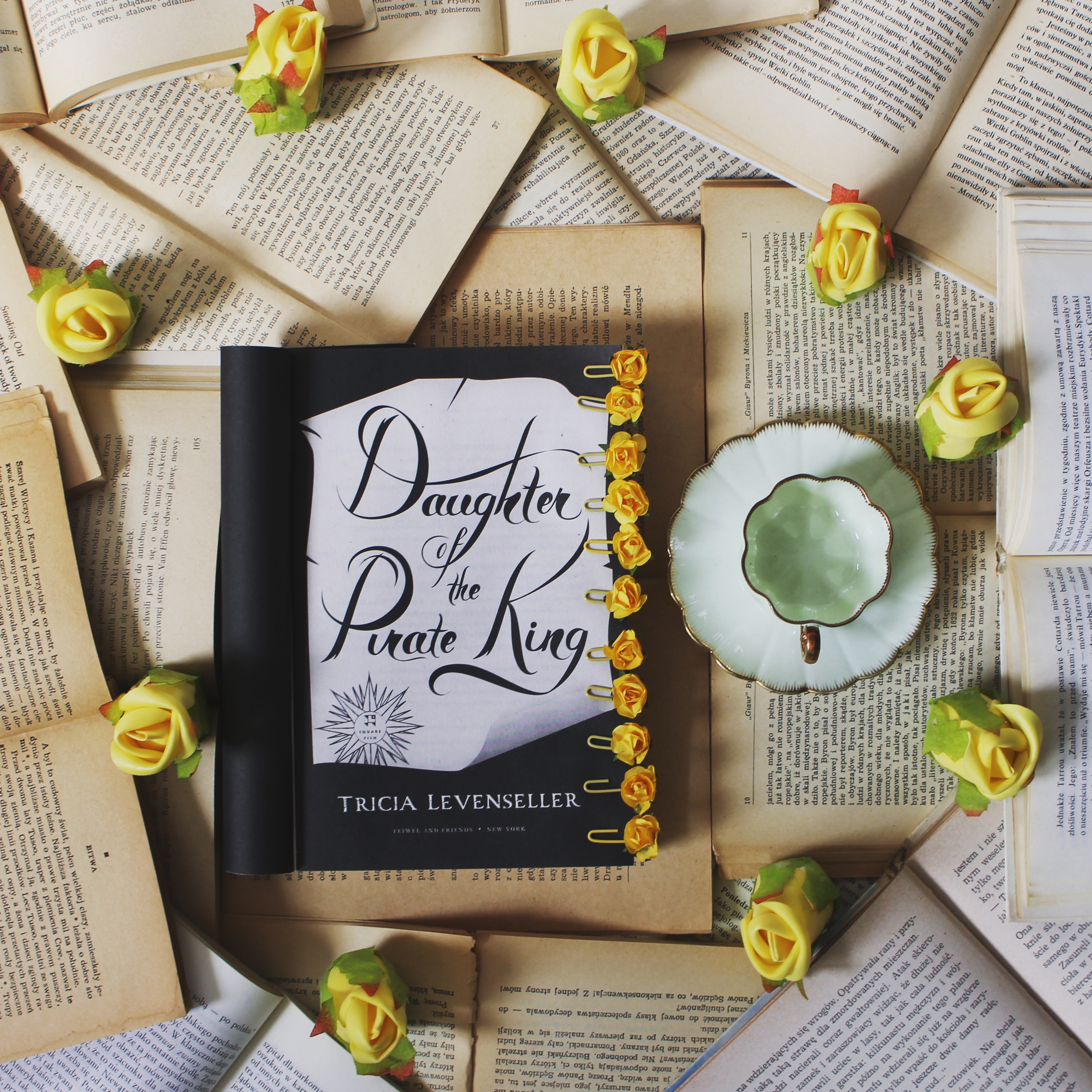 This book is amazing. Honestly. I was not expecting it to be so good and I was pleasantly surprised by it. I was expecting a book for children, but it turned out to be a proper young-adult book. It had an amazing plot – at first it sounded a bit cheesy, but it turned out to be well-planned and it was clear that an author had a good idea for a story. The daughter of a pirate king on a mission to steal a map? Sounds so cliché and, to be honest, so simple. But it was anything but simple. The story kept getting more and more complicated and I was getting more and more intrigued.

Tricia Levenseller created a badass female character, Alosa, who stole my heart within a first chapter. She is one of the wittiest characters I have ever encountered in a book. Even when she doesn’t seem to have a plan, she actually does which is incredible even for a book character. I love an intelligent character who can also fight well and has a smart mouth. To be honest, I’m not sure what are the intentions of any of characters which keeps me on my toes. Riden is such a complicated character which instantly made him one of my favourite ones (I have a thing for troubled guys in books). My least favourite part of this book was the villain, Draxen, who in my opinion was a bit blunt and, let’s be honest, stupid. I couldn’t shake the feeling that he is unable to do anything without his first mate and brother, Riden. As any booklover I love a good villain (especially one with a good history and a witty character), and sadly Draxen wasn’t one. If I had to say I think Riden makes a better villain than his brother does, which makes a story a bit complicated. But I loved it because of its complex plot and constant plot twists. I just wish that the villain could be better built.

At first, I was wary about the first-person narration – I’m not usually a fan of it. But in this case it turned out to fit just right into the story, especially with Alosa’s sassy character. First-person narration is what helps to keep the reader on their toes – the reader has only the access to Alosa’s scheming which allows them to think that everyone is just following her plan.

In conclusion, I really loved this book and I read in one sitting. Ordering a sequel was the first thing I did after finishing ‘Daughter of the Pirate King’ and I cannot wait to read the continuation of Alosa’s history. I think this book is going to be one of my favourite books I’ve read in 2018 and I honestly would love to read more books from Tricia Levenseller.